MR. POORLUCK BUYS SOME CHINA:the state of the album address.

FINISHED SONGS
"Free Shoe Inside"
I thought it would be funny to write a title track to an album we'd already recorded. And "Free Shoe Inside" seemed like the least likely title for a love song possible. So that's exactly what I wrote. This was the first song we laid down for POORLUCK, and we very nearly lost the track in a computer crash. 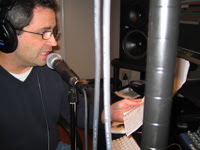 "Baby Madness"
This song was originally recorded just by Skap and Steve, with Polly adding some vocals. Skap had come down from Chicago and he and Steve goofed around with Steve's new computer setup. This is the only track from that session that actually sounded like a song. Over Thanksgiving, we added a guitar part and some "baby scat." We had previously completed this song, but some of the tracks had been lost in the Great Computer Crash of '03.

"Herr Germy"
This is vintage Skap -- one of his best. And then, on top of that, while mixing this song down, Jon and Steve worked some magic. "Germy" was already a sort of odd spin on ELO's "Mr. Blue Sky," but Jon and Steve found some hilarious sonic touches that still make me laugh. It's a classic. And contains the refrain of "Gooby!" which, as god is my witness, I can't remember the origin of. 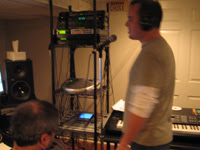 "Belly"
It's about a guy who's so big that he offers his girth as a picnic site and a pool toy. "Belly" also features some very broken German -- a translation of the chorus that I didn't even crack a dictionary for. After nearly a year of being halfway done, I think we've finally found the right mix and added all the appropriate parts.

"Che Gusto"
Back in 2001, a doctor in Seattle came up with the theory that Mozart died of food poisoning, specifically trichinosis. This doctor points to a letter that Mozart wrote to his wife 44 days before his death, in which he said: "What do I smell?... pork cutlets! Che Gusto (What a delicious taste). I eat to your health." Steve came across the story on "the Internets" and decided we should write a song about it. Amazingly, we didn't title the song after the title of the article: Pork Chop Killed Mozart. Wendy and Polly add vocals. It was after this session that we gave Wendy the "Chuxx name" (an anagram of her actual name) of Moxy Newd-Luney.

"On Mars"
The inspiration for this song began in 1989, when then-VP Dan Quayle said this: "Mars is essentially in the same orbit... Mars is somewhat the same distance from the Sun, which is very important. We have seen pictures where there are canals, we believe, and water. If there is water, that means there is oxygen. If oxygen, that means we can breathe." I've always loved that qoute. Musically, I drew from other Mars-related sources. The bass line, especially during the guitar solo, is derived from a song called "Martian Crawler" (I think) that my bass teacher Rick Huyett taught me a thousand years ago. I can't even remember whose song it was. I also threw in "Mars, Bringer of War" by Holst for good measure.

"Bert's Grape"
Driving down Cahuenga Boulevard in Hollywood one day, 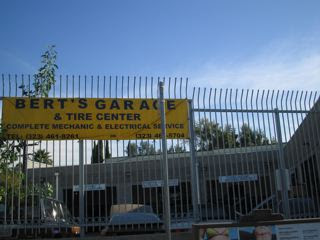 I caught a glimpse of the words "Bert's Grape" on a sign. The melody and opening lines immediately popped into my head and I sang them to myself, not really knowing where the song might go after "Why won't Bert just eat Bert's Grape?" Only then did I notice that the sign actually read "Bert's Garage." Months later in Kansas City, I came up with the rest of the lyrics while sitting in a Nazarene church after my niece Sarah Jane was "dedicated." I wrote the lyrics during the sermon, on the backs of two collection envelopes. A few hours later, I was in Steve's basement singing them into a microphone.
Ukulele - Skap
Low keyboard, shaker, tambourine - Jeff

"Wendy & Lizzie Are in Love Again!"
While at my future in-laws house during the summer/fall of 2004, I started goofing around on their piano. Looking over at my fiancee for inspiration, I saw that she and her little sister Lizzie were sitting in the same chair. So, I started singing, "Wendy and Lizzie are in love again! It's unnatural, but it works for them!" I didn't really have any idea how the verse might go, so I just kept refining the chorus by playing it over and over again, which both Wendy and Lizzie seemed to enjoy. It was Wendy, I recall, who recommended I actually record the song. Luckily Steve had a little time free, when we were in Kansas City in early December that year. So Wendy and I recorded the piano and vocal parts in a couple of hours and then left. Later, Steve added the drums, strings and chimes. An entire year later, I completed the song with a bass line and tambourine.
Strings, chimes - Steve
Piano, tambourine - Jeff
Vocals - Moxy Newd-Luney

"Frank's Got No Pants"
Over Thanksgiving 2005, I spent three consecutive days at Casa de los Revares. On each of those days, I saw the four Revare children: Virginia, Graham, Frank and Henry. And at no time did I see Frank in anything but a shirt. He was, as my sister called it, Porky-Piggin' it. While waiting for Jon to arrive, Skap started goofing around on the ukulele. I quickly picked up the bass, and Steve found an appropriate drum sequence. By the time Jon arrived (less than an hour later), we had the song recorded. Just like the good old days of the Chuxx. 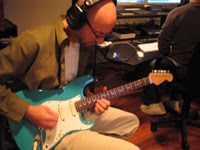 "C.N. Reilly Doesn't BLANK Women"
One of the band's favorite game show themes is given some new lyrics. Similar to our earlier remake of a TV show theme (namely "The Odd Couple"), I found the bass line was the coolest part of the song. Gotta love those mid-'70s session players. I go back and forth on this song, between thinking it's funny and interesting enough to be on the album and thinking it still needs a little something. I guess I'm in the minority though. The rest of the band seems to get a kick out of this track, so there ya go.

"(What's So Funny 'Bout) The Royal Sanitary Engineer"
Some clever editing in the ol' computatin' machine and Steve and I saved this tune from the scrap heap. We had lost the original files of this song and had to make due with our rough mix. We chopped out a slow section and added a few vocals and sound effects and voila! The hilarity of Skap's song shines. Perfumed whores and fishwives indeed!

UNFINISHED SONGS
"Bo Neaubeaux, the Oboe Hobo"
The title was dreamed up during a Chuxx Vegas weekend, by Jon and Steve in the airport, if I remember correctly. Then Jon worked up the lyrics, taking a few liberties with the true story of a street musician in Lawrence, KS. Needs a new lead vocal track.

"Eat Egg"
Just needs a new remix, I think. We may have gotten too tricky for the simplicity of this song. The inspiration for this song came from a hilarious piece on McSweeney's where 14-year-old Japanese students were asked to fill in the blanks of the following sentence: "In the future, I want to be... because..." And one of the answers was: "In the future, I want to be...eat egg. Because...eat egg." Genius. 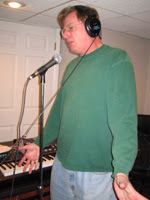 "Mr. Poorluck Buys Some China (Skap)"
This may be Skap's best song ever. And that's on an album full of great Skap songs. Jon and I need to add our parts to the song, but quite frankly, it sounds pretty close to being done to me. One of the greatest choruses ever.

"Mr. Poorluck Buys Some China (Steve)"
This is the biggest departure on the album. Steve really channeled his inner modern teenager in creating this multi-lingual house party track. Mostly this song just needs a remix.
Posted by Jeff at 9:30 AM